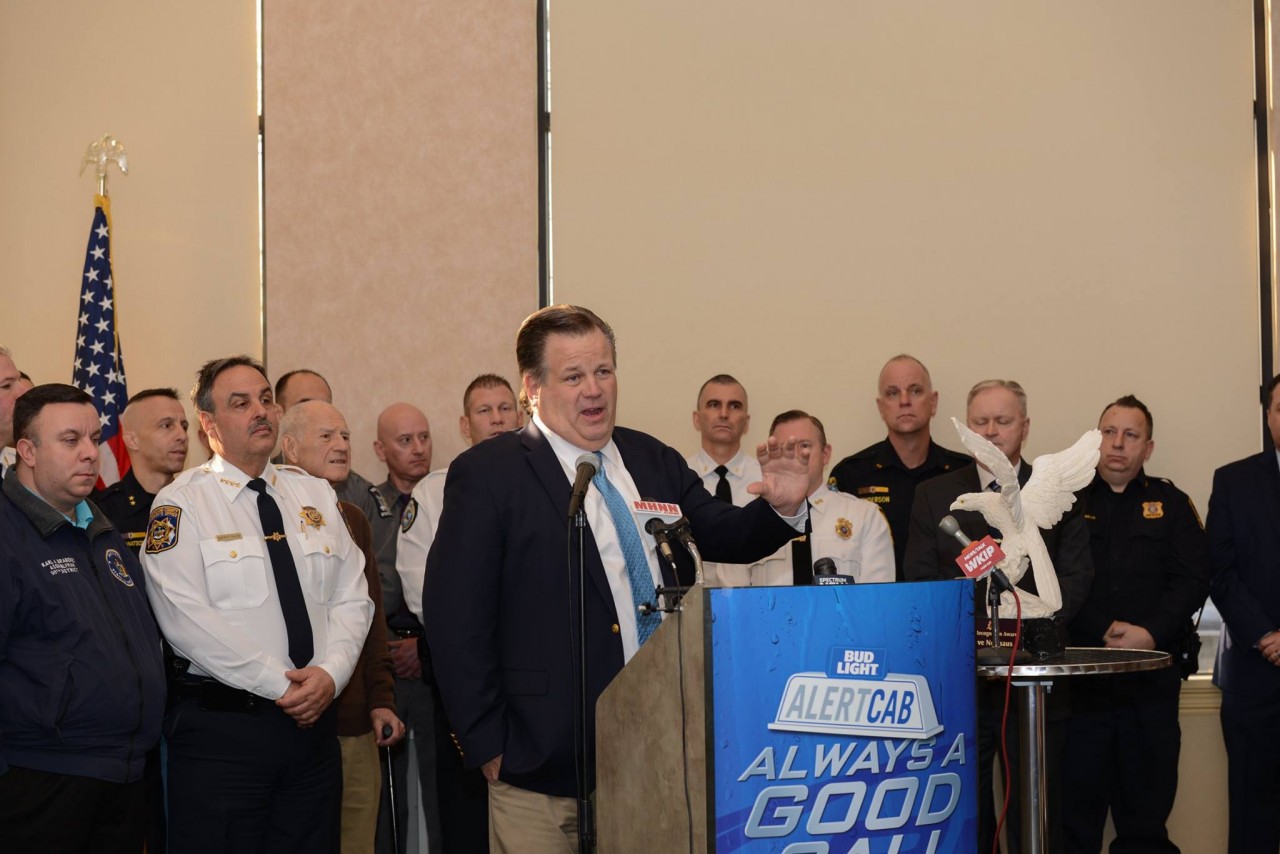 "GOSHEN — If you’re out partying on New Year’s Eve, and you’ve had too much to drink, there’s a program that will get you home safely, and it’s free. Alert Cab is a joint effort involving Goshen beer distributor Dana Distributors, local law-enforcement agencies and about 600 bars, restaurants and taverns.

If you feel like you’re too intoxicated to drive, just give your bartender the keys. Dana will pay for the cab ride. Participants can get rides, generally within a 10-mile radius. Tom Kennedy, Dana’s general sales manager, said that some participants will be taken farther, as long as it’s within the county where the trip originated. Alert Cab offers rides to participants’ homes only — no other locations.

Kennedy said Friday that Alert Cab provided 68 rides on New Year’s Eve 2016. In some years it has provided as many as 100 rides. He said Dana spent about $2,100 on drunken-driving-prevention programs this year, including Alert Cab.

There were 10,497 fatalities from drunken-driving crashes nationwide in 2016, up 1.7 percent from 2015, according to U.S. Department of Transportation statistics.

“There are no excuses. Do not get into a car if you’ve had too much to drink,” Orange County Sheriff Carl DuBois said at a news conference Friday at Dana’s headquarters. “Drunken-driving accidents take lives, devastate families and derail careers.”

This is the 32nd year Dana is offering free cab rides home. The program started with New Year’s Eve in 1986, and expanded to other key dates: Super Bowl Sunday, St. Patrick’s Day and Thanksgiving Eve.

Dana hosted representatives from 17 law-enforcement agencies Friday to warn about the dangers of drunken driving. Police put out the word that they will be on the lookout for drunken drivers.

If you feel like you’re too intoxicated to drive, or if someone else needs a ride, tell the bartender. Bartenders have been instructed to place participants’ keys in envelopes, and cab drivers will return participants’ keys when they arrive home. Tom Kennedy, general sales manager for Dana Distributors in Goshen, said about 600 of Dana’s 824 accounts are participating in the program. Kennedy said cabs will generally transport participants within a 10-mile radius.

“If we save one life this year, it’s all worth it,” Orange County Executive Steve Neuhaus said.

DuBois pleaded with the public to give up their keys if they’ve been drinking. “We want the good memories. We don’t want bad memories of people getting hurt or killed in a drunken-driving accident, especially during the holidays,” he said.

This email address is being protected from spambots. You need JavaScript enabled to view it."